Giovanni Bottari obtained the bachelor’s degree (1999) in Chemistry from the University of Messina (Italy). In 2000, he joined the group of Prof. David A. Leigh at the University of Edinburgh (UK) where he obtained his PhD in 2003. The same year, he joined the group of Prof. Tomás Torres at the Universidad Autónoma de Madrid (UAM) benefiting from a two-year Marie Curie Intra European Fellowship (2004) and a five-year Ramón y Cajal contract (2006). He is currently “Profesor Contratado Doctor” at UAM (2011) and associate scientist both at IMDEA Nanociencia (2014) and at the Institute for Advanced Research in Chemical Sciences (IAdChem) (2016). In 2016, he has received the “John Shelnutt Young Investigator Award” from the “Society of Porphyrins and Phthalocyanines (SPP)”, an award which recognize the outstanding contribution of young researchers in the field of porphyrins and phthalocyanines.

Dr. Bottari’s current research interests include, but are not limited to, i) the synthesis and study of donor-acceptor covalent and supramolecular ensembles based on porphyrinoids and electroactive moieties such as carbon nanostructures, tetracyanobutadiene, or cyclopenta[hi]aceanthrylene, among others, ii) the use of supramolecular interactions (hydrogen and halogen bonding, pi-stacking, etc.) as a tool to promote the self-assembly of porphyrinoid derivatives both in solution and on surfaces, and iii) the preparation and study of fluorescent molecular rotors to be used as sensors for both polarity and viscosity in organic media as well as in living cells. 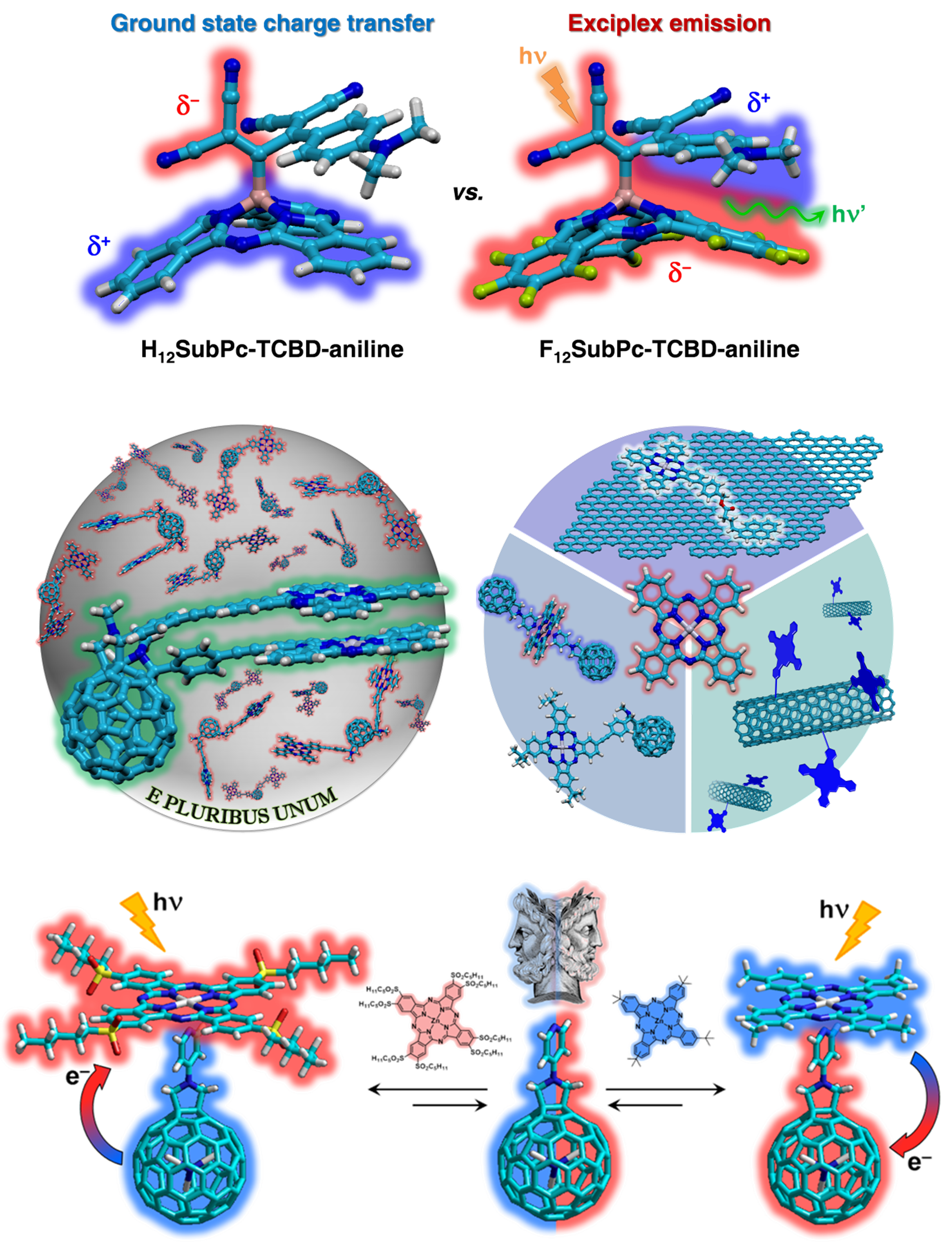