Dr Ana Espinosa and Catarina Courtiho have received funding from the Spanish Association Against Cancer (AECC) to conduct their research at IMDEA Nanociencia.

33% of the grants awarded by the AECC every year are to directly support researchers, allowing to generate and stabilize the human resources of the Spanish research system. The projects funded by the AECC range from innovative, disruptive, and creative ideas to coordinated financing with major European foundations, of € 6 million 5 year projects to accelerate, collaboratively, the results generating open platforms for the free use of researchers.

This year, the AECC has provided almost € 21 million to fund 171 projects in addition to the € 56 million that is currently funding 380 research projects. Among the projects that have been awarded are those received by researchers Dr Ana Espinosa de los Monteros Royo and Catarina Courtinho. 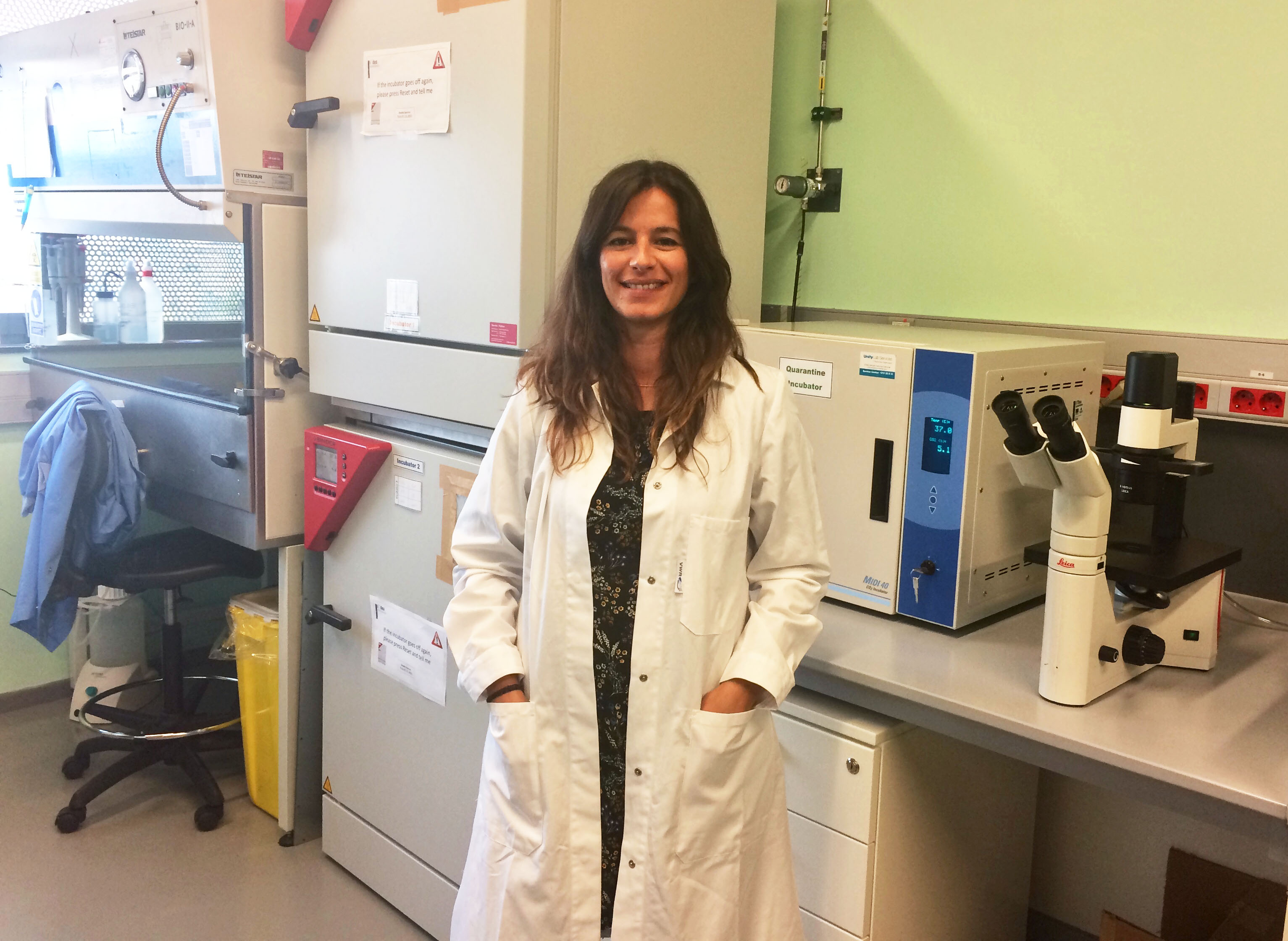 Dr Ana Espinosa has received €19,000 from the "Ideas Semilla AECC" programme to carry out her two-year research project. Dr Espinosa's research focuses on improving radiation dose in tumors through magneto-photothermal nanostructures for effective cancer treatment. In the fight against cancer, an innovative aspect of Nanomedicine is the promise to develop new physical therapies within the tumour tissues with a precise, temporal and spatial control of the therapeutic action. These new nanophysical therapies are mediated by nanoparticles and aim to destroy tumour cells without damaging healthy tissues. In this context, the development of materials combining different therapeutic modalities in a single nanostructure has become a promising approach to the treatment of tumours. 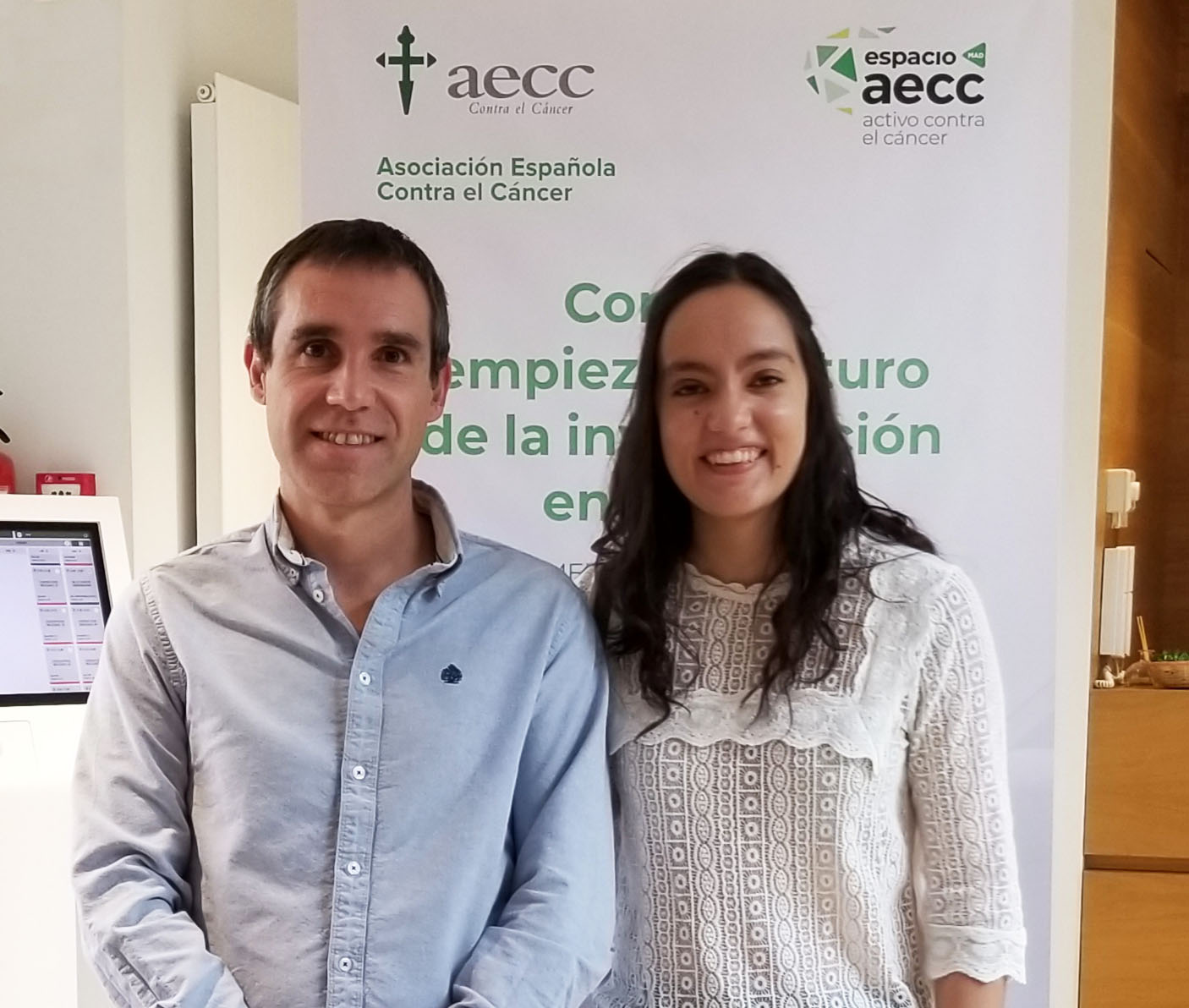 Meanwhile, Catarina Courtinho has been awarded an AECC Predoctoral grant of 84,000€ to carry out her PhD, with a duration of 3+1 years. Catarina's research, which she will carry out in the NanoBioTechnology group led by Prof. Álvaro Somoza at IMDEA Nanociencia, deals with the development of new methods for the detection and treatment of uvea melanoma and pancreatic cancer using gold nanoparticles. The diagnosis focuses on the detection of small RNAs associated with these diseases, which are found in the blood or cells of patients, through a color change in the dissolution of nanoparticles or through the formation of a band of intense color on a strip of paper. In turn, the treatment focuses on using the nanoparticles as a vehicle to carry the elements of the CRISPR system to the cancer cells, with the aim of deactivating or correcting the mutations in the genes that cause these diseases.

As part of the World Cancer Research Day (WCRD) 2019 programme activities, the AECC has held various events throughout Spain with the aim of raising public awareness of the importance of science. Álvaro Somoza, Ana Espinosa and Catarina Courtinho will attend the event, in which the diplomas of the grants will be awarded. A total of 43 provinces have taken science to the streets, taking advantage of this street event to continue collecting signatures requesting the National Cancer Research Plan. So far, the AECC along with the Spanish Association for Cancer Research ASEICA has collected 500,000 to be delivered to the next Government of Spain. 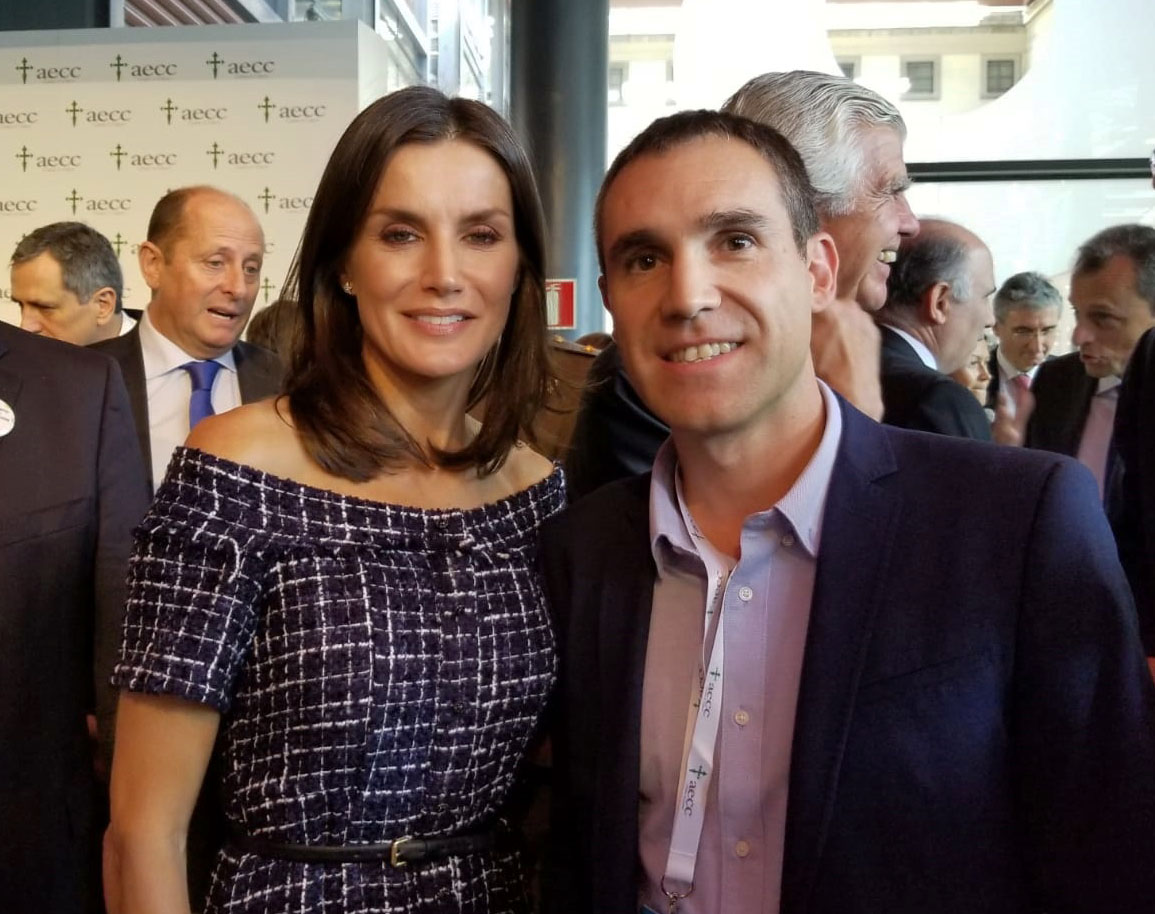 The AECC has again called for a National Cancer Research Plan to achieve 70% five-year median survival by 2030. At the main event of WCRD 2019, presided over by Her Majesty the Queen as permanent Honorary President of the AECC and the AECC Scientific Foundation, the Association highlighted Spain's need to implement this Plan, which, in addition to achieving this survival objective, would strengthen the country's economy by boosting R&D&i. It would place Spain among the most advanced modern states in its commitment to cancer and would strengthen Spain's leadership in the European policies of the "Horizon Europe" framework and, among other achievements, would allow local cancer to be tackled globally.

Ignacio Muñoz Pidal, president of the AECC and the AECC Scientific Foundation, asked the Government of Spain for a National Cancer Research Plan and that "our country take cancer research seriously, something that can only be achieved with a State Agreement where all actors are coordinated to obtain a medium-term vision and set priorities. In addition, the president of the AECC recalled that "we have more than half a million signatures that we have collected from the Spanish population, together with ASEICA, as representatives of civil society, and that we will deliver to the next President of the Government to implement this Plan".

What would happen if cancer research were paralyzed? According to data from the IARC (the WHO Agency for Cancer Research), in the year 2030 in the world one person would die from the disease every 1.5 seconds and in Spain every 3.8 minutes. For this reason, the World Cancer Research Day campaign, which is celebrated every September 24th to commemorate the birth date of the Spanish Nobel laureate Severo Ochoa, aims to make people aware that preventing cancer research from stopping is everyone's responsibility.

More information on this global campaign and the World Declaration: